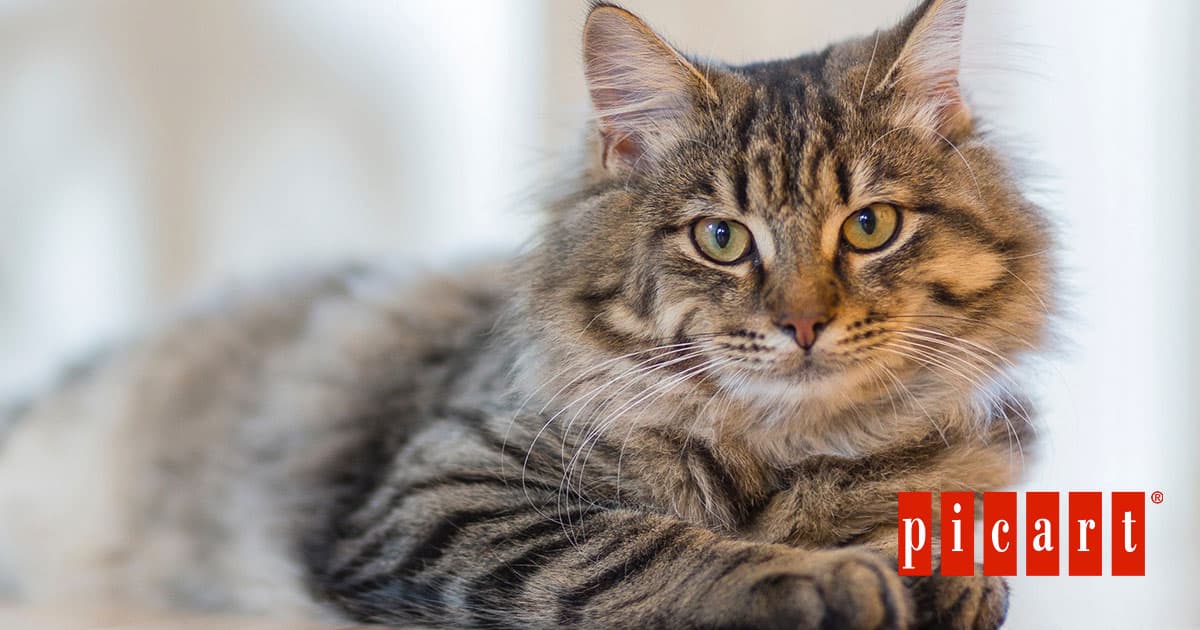 It is common to see cats licking themselves all the time. It is a habit that is part of their hygiene, and cats are very clean, so they spend about a third of their time licking themselves. If you’re a cat owner, you’ll know that cats often need to expel hairballs that they swallow when they lick themselves. That is because a cat’s tongue is rough and has small spines on the surface, which act like a brush and drag up the dead hair that falls off.

Why do cats swallow their own hair?

When they lick themselves clean, cats carry away a lot of fur with their tongues and do not know how to spit it out, so they end up swallowing it. This is worst in autumn and spring, when cats shed more hair than usual. If the hair accumulates in their intestine it forms a hairball, which the animal must expel to feel well, either through faeces or vomit. But sometimes a hairball can obstruct the intestine, causing a real health problem for the animal.

This problem is aggravated in the case of long-haired cats, such as Persian cats, or when the cat is of a certain age, as it has less strength and energy to carry out its daily hygiene and because its digestive system is slower and it finds it more difficult to eliminate hairballs.

What remedies are available to eliminate furballs?

There are several things you can do to prevent your cat from swallowing too much hair and to help him eliminate furballs so that they do not pose a health risk.

At PICART we use our own and third party cookies to improve our services, personalize and analyze your browsing and show you advertising related to your preferences based on your browsing habits. You can accept all cookies by pressing the "ACCEPT" button or configure them or reject their use by pressing the CONFIGURE button.

This website uses cookies so that we can offer you the best possible user experience . The information from the cookies is stored in your browser and performs functions such as recognizing you when you  return to our website or helping our team to understand which sections of the website you find most interesting and useful.

Strictly necessary cookies are always active so that the website can function normally. These cookies are not for third party services, or advertising or visitor analytics. We are not storing any sensitive or personal data there.

This website uses Google Analytics to collect anonymous information such as the number of visitors to the site, or the most popular pages.